Today is International Literacy Day, established by UNESCO on November 17, 1965.  Their aim is to highlight the importance of literacy to individuals, communities and societies.

With our children now back in school, supporting not only their physical health but mental health is key to their success this school year and years to come.  The phrase “Food For Thought” is widely used to describe anything that provides mental stimulus for thinking.  Did you know we can also use it in a literal sense?  With the right foods in our diet, like healthy fats, we can support our brain and mental health.

Supplement of omega-3 and omega-6 fatty acids may improve reading skills of mainstream schoolchildren, according to a study from Sahlgrenska Academy, at the University of Gothenburg, Sweden. Children with attention problems, in particular, may be helped in their reading with the addition of these fatty acids.

The study included 154 schoolchildren from western Sweden in grade 3, between nine and ten years old. The children took a computer-based test (known as the Logos test) that measured their reading skills in a variety of ways, including reading speed, ability to read nonsense words and vocabulary.

These children were randomly assigned to receive either capsules with omega-3 and omega-6, or identical capsules that contained a placebo for 3 months. The children, parents and researchers did not learn until the study was completed which children had received fatty acids and which had received the placebo. After three months, all children received real omega-3/6 capsules for the final three months of the study.

“Even after three months, we could see that the children’s reading skills improved with the addition of fatty acids, compared with those who received the placebo. This was particularly evident in the ability to read a nonsense word aloud and pronounce it correctly (phonologic decoding), and the ability to read a series of letters quickly (visual analysis time),” says Mats Johnson, who is chief physician and researcher at the Gillberg Neuropsychiatry Centre at Sahlgrenska Academy, University of Gothenburg.

No children diagnosed with ADHD were included in the study, but with the help of the children’s parents, the researchers could identify children who had milder attention problems. These children attained even greater improvements in several tests, including faster reading already after three months of receiving fatty acid supplements.

Polyunsaturated fats important for the brain

Polyunsaturated fats and their role in children’s learning and behavior is a growing research area.

“Our modern diet contains relatively little omega-3, which it is believed to have a negative effect on our children when it comes to learning, literacy and attention,” says Mats Johnson. “The cell membranes in the brain are largely made up of polyunsaturated fats, and there are studies that indicate that fatty acids are important for signal transmission between nerve cells and the regulation of signaling systems in the brain.”

Previous studies in which researchers examined the effect of omega-3 as a supplement for mainstream schoolchildren have not shown positive results, something Mats Johnson believes may depend on how these studies were organized and what combination and doses of fatty acids were used. This is the first double-blind, placebo-controlled study showing that omega-3/6 improves reading among mainstream schoolchildren.

“Our study suggests that children could benefit from a dietary supplement with a special formula. To be more certain about the results, they should also be replicated in other studies,” says Mats Johnson.

The article Omega 3/6 fatty acids for reading in children: a randomized, double-blind, placebo-controlled trial in 9-year-old mainstream schoolchildren in Sweden was published by The Journal of Child Psychology and Psychiatry.

Polyunsaturated and their close relations monounsaturated fats are the “good fats”.  Both of the essential fatty acids, alpha-linolenic acid (omega-3) and linoleic acid (omega-6) are polyunsaturates.  They are primary found in: nuts, vegetables, seeds, fish, seed & nut oils.

This essential omega-3 fatty acid, alpha-linolenic acid, promotes brain and eye development.  It is also good for arthritis, helps to prevent abnormal heart rhythms, improves immune function and reduces blood clotting.  In addition to alpha-linolenic acid, there are two other common omega-3 fatty acids, docasahexanoic (DHA) and eicosapentaenoic acid (EPA).  Fish are generally considered to be the richest source of these fatty acids, but the content varies depending on the species of fish.  Cold-water marine (ocean) fish have a higher fat content and thus contain the largest amounts of DHA and EPA.  All dark-leafy vegetables also contain omega-3 fatty acids as do some plant-derived oils such as pumpkinseed oil, flaxseed oil, & walnut oil.

The Beneficial Attributes of these GOOD FATS

Fish and fish oils are probably the best source of DHA and EPA.  Flaxseed oil has he highest content of omega-3 ALA, about 58%.  Adding them into your diet as part of your meals is always recommended before supplementation.

Adding fish to your weekly meal plan is a natural way to include essential fatty acids in your diet.  Salt water fish with the highest omega-3 content include: sardines, mackerel, salmon, smelt, anchovies, mullet and herring.

If possible, avoid farm-raised fish.  The are fed grain feeds that do not produce as high a content of the omega-3 fatty acids DHA and EPA.  Unless you live on the coastal area, wild frozen fish is probably a better choice than fresh fish, because fresh fish at the market may be five to ten days old.  Fish are normally frozen within four hours of being caught.  If a fish smells “fishy” that mean that the fatty acids have started to break down and the fish is becoming rancid.

My nutrition coaching programs are designed to teach you nutrition fundamentals.  My Good Fats, Bad Fats module educates my clients so they know how to recognize and include the health supporting fats and reduce the unhealthy fats.  For more information, contact me today for a 15 min free introduction call to learn more about my programs/consultations.

Invest in your health.  Educate and empower yourself to reach your goals of vibrant health. 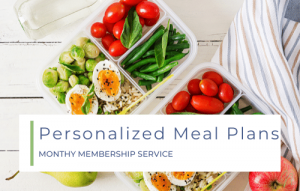 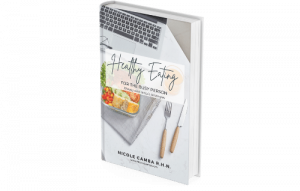